Fifty worshipers were gunned down thousands of miles away.  None of us probably knew any of them.  We are able now to know a lot about the man who pulled the trigger while he was watching those he killed falling down.

Muslims of Islamic Center of Bothell and elsewhere, Buddhists, Jews, Christians, Hindus and the rest of humanity should mourn.  We don’t mourn only for the blood innocently spilled but also for our collective shortcomings.

Extremism, terrorism, bigotry and hate have no mandate in any religion or basic human values.  We must strive and work without hesitation to counter extremism with wisdom, violence with peace, bigotry with tolerance and hate with love.

Let’s join together in loving unity and show our neighbors near and far that humanity prevails because we have no other good options.

Words from Sh. Abdirahman Kaariye at the Interfaith Solidarity event hosted by the Islamic Center of Bothell at Bothell United Methodist Church on Friday, March 22, 2019
In the name of the Most Compassionate, Most Merciful. Assalamu Alaikum. Peace be upon you respected politicians, faith and community leaders, and our beloved community members and allies.
I had initially written a different speech to share tonight… but I read the words of a Chinese Muslim sister who described herself simply as “A Radiant Muslim.” And I decided to instead share with you her message to the mass murderer in New Zealand. She writes in part:
Appreciate that you showed the world how Muslims welcome, with open arms, even people like yourself into our Mosques, which is our second home.
Appreciate you for showing that our mosques have no locks or gates, and are unguarded because everyone and anyone is welcome to be with us.
Appreciate you for allowing the world to see the powerful image of a man you injured, lying on his back on a stretcher with his index finger raised high, as a declaration of his faith and complete trust in Allah.
Appreciate how you brought the Churches and communities together to stand with us Muslims.
Appreciate that you made countless New Zealanders come out of their homes to visit the mosques nearest to them with flowers with beautiful messages of peace and love.
You have broken many many hearts and you have made the world weep. You have left a huge void.
But what you also have done have brought us closer together. And it has strengthened our faith and resolve.
In the coming weeks, more people will turn up in the Mosques, a place you hate so much, fortified by the strength in their faith, and inspired by their fallen brothers and sisters.
In the coming weeks, more allies will turn up at the gates of mosques with fresh flowers and beautifully handwritten notes. They may not have known where the mosques in their area was. But now, they do. All because of you.
You may have achieved your aim of intended destruction, but I guess you failed to incite hatred, fear and despair in all of us.
And while I understand that it may have been your objective, I hate to say that after all of that elaborate planning, and the willful and wretched efforts on your part, you still failed to drive a divide among the Muslims and people of other faiths and backgrounds in the world.
For that, I can’t say that I’m sorry.”
Tonight, this gathering — and all the support the Muslim community has experienced — proves what this Radiant Muslim said. Instead of fear, hatred or despair, may God Almighty help us all in choosing faith, love and hope. We will be stronger than ever, and for that, I’m not sorry either. Peace be upon you all. 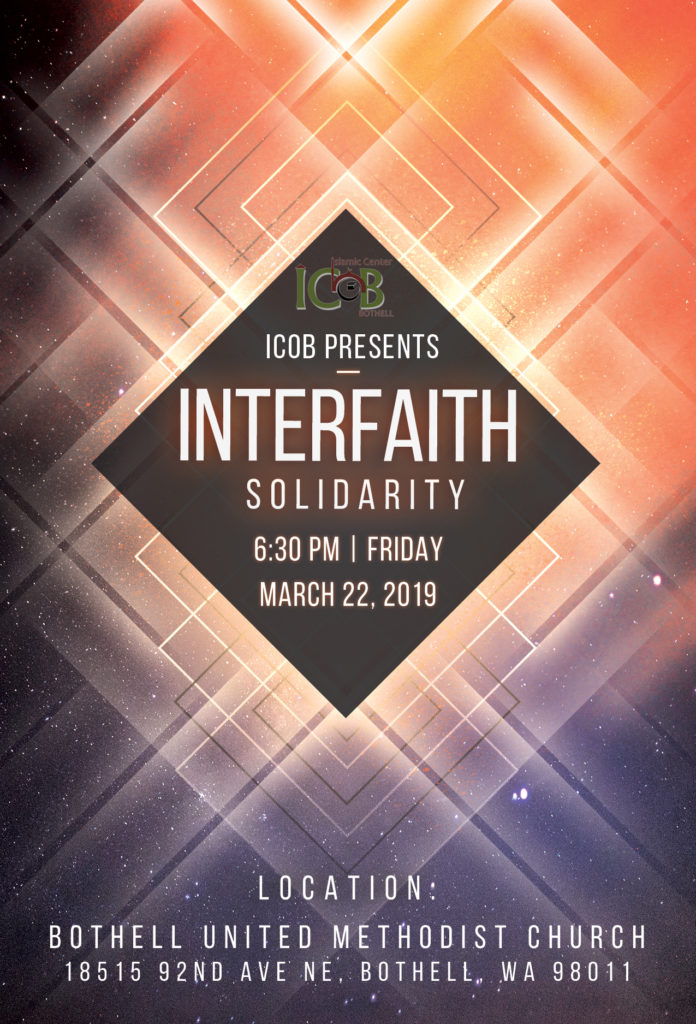